You are here:Home / Where we are

Origins – The name of Via Longano derives from the greek longones and means large stones. In fact, the road winds and rests on the first part of the megalithic wall built with big blocks in the eighth century B.C., perhaps from the mythical Teleboi, came dall’Acarnaia with their King Tarpaulin. According to the legends. 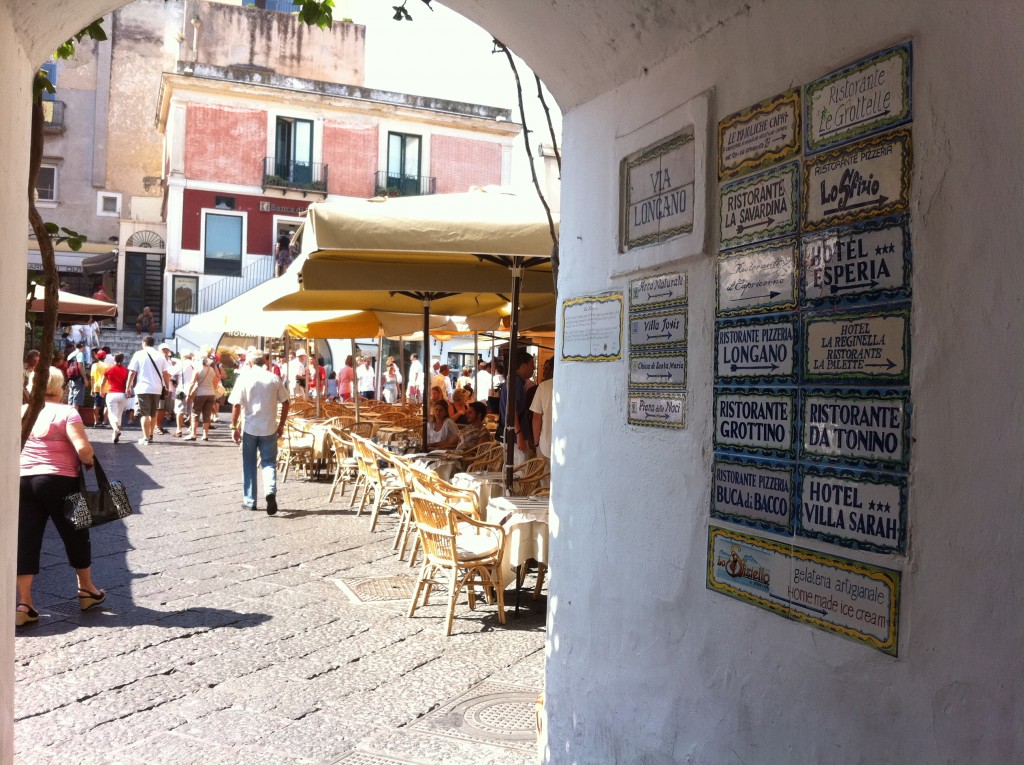 Entrance of Via Longano overlooking the Piazzetta of Capri

Medieval Quarter – This road of the eastern sector initially formed the core of the entire town formed around the little Church of St. Anne (among the oldest buildings of Capri) built in the twelfth century B.C., when the poor population of the plain of San Costanzo decided to move on the heights, to defend themselves against incursions from the sea. The settlement is defined to the north by greek walls, on which were then set those medieval, made up of the fronts of the buildings themselves. From this road they converge also some narrow streets, which forwarded the medieval quarter. 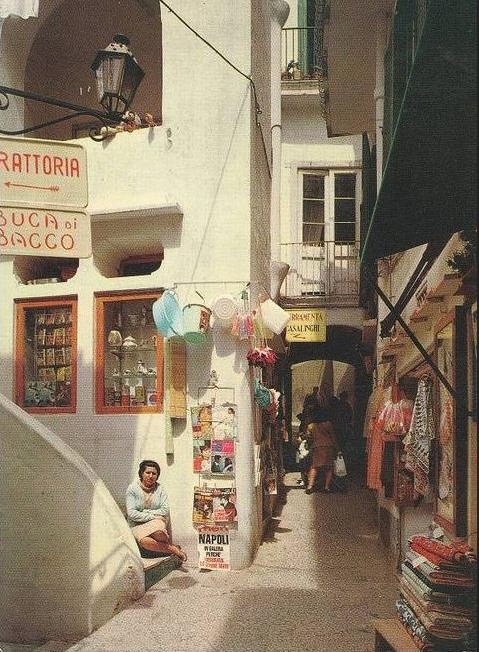 A corner of Via Longano in the years 60s

Position – The jewelry and watches store Capri Kronos by Mario Ruocco is right in Via Longano, at number 33/A. At the intersection with Via Listrieri, next to the entrance of the historic restaurant Buca di Bacco. That is at the heart of the historic center, within the medieval village and a few meters from Piazza Umberto I, the famous Piazzetta. To get to Via Longano directly from the Piazzetta, you have to cross the bow present next to the Piccolo Bar and the historic clothing store La Parisienne. On the road there are several restaurants and stores. And also the same road is the main link with the historic Roman dwelling (or rather, the imperial villa) of the Emperor Tiberius Julius Caesar Augustus, named Villa Jovis and also with Villa Lysis (also known as Villa Fersen). As well as with the Church of St. Michael of the Cross and the Church of Santa Maria del Soccorso, on the ruins of Villa Jovis. And with the scenic walks of Natural Arch and the Piana delle Noci in Contrada Dentecala. Finally, this road is a living example of the insight into the daily life of the inhabitants of the island of Capri, and is animated in both summer and winter. 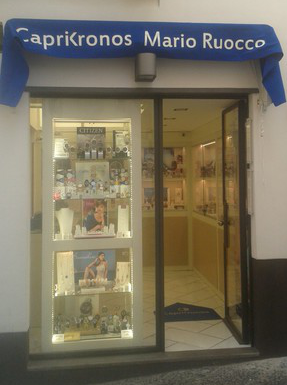 Company – Capri Kronos is the brainchild of Mario Ruocco, a member of a historic family of goldsmiths, jewelers and watchmakers of Capri since 1947, after having achieved a thorough professional experience in the watch industry, jewelery and accessories fashionable in the family business, he opened his own shop online of watches and jewels that achieves a good success. The company is based on sound principles of honesty, seriousness and transparency, as in the best traditions business, allowing them to affect a great number of customers, both in Italy and abroad. After this positive experience, Mario Ruocco then decided to also open its store on the island of Capri in the historic center, a few steps from the famous Piazza Umberto I, better known as the Piazzetta.